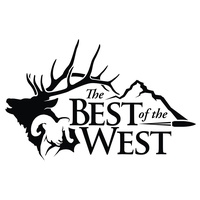 Best of the West Productions, LLC

Best of the West Productions, LLC is an award-winning outdoor video production company that started in 2003. It began with interests in long range hunting using a Remington Sendero & Leupold scope and later Cooper/Huskemaw rifle system with Berger Hunting Bullets. Along with a Pro Staff of expert shooters, the shows have guest hunters that demonstrate the effectiveness of this shooting system at extreme ranges.

The long range equipment featured came about as a result of viewers' response to the TV show. There was an overwhelming interest from viewers in the kind of equipment it took to make shots beyond 500 yards. So they developed a video called ''How To Shoot Beyond Belief''. The company determined they needed to start producing both optics and rifles to meet the demand created from the television show & the video. Best of the West has recently teamed up with Cooper Firearms of Montana to manufacture and build the best high-quality precision shooting systems in the industry. And Huskemaw scopes are the highest quality, most user-friendly optics system in the outdoor industry that includes bullet drop & a windage-enabled reticle and turret system.

The long-range hunting equipment market is still rapidly growing - we have produced & sold products in the United States, Canada & numerous other countries around the world. We strive to produce and market cutting edge products & technology that allows hunters & shooters to expand their level of competency in long range shooting.